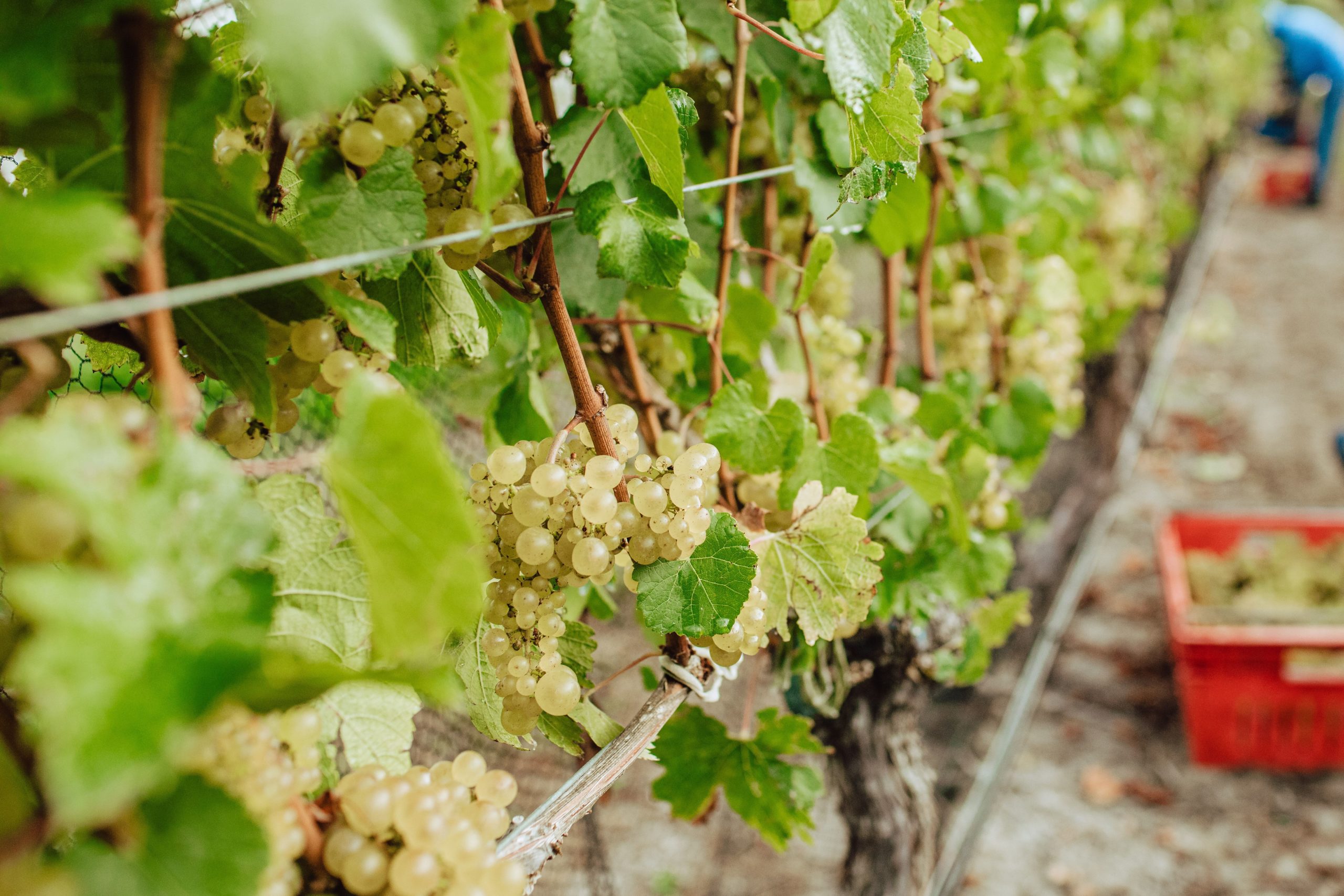 Askerne Estate winery commenced in April 1993 when wine lovers John and Kathryn Loughlin purchased the original 11.6 hectares site in Te Mata Mangateretere Road. John and Kathryn had studied winemaking and viticulture in the previous years with Kathryn, as the more diligent student, achieving the higher grades.

They called the property Askerne, being the olde English name of Kathryn’s birthplace, Askern in Yorkshire, England.

John took up a role of Finance Manager of the large Richmond Limited meat company to provide the finance for the developing wine venture and Kathryn assumed management of the vineyard operations. 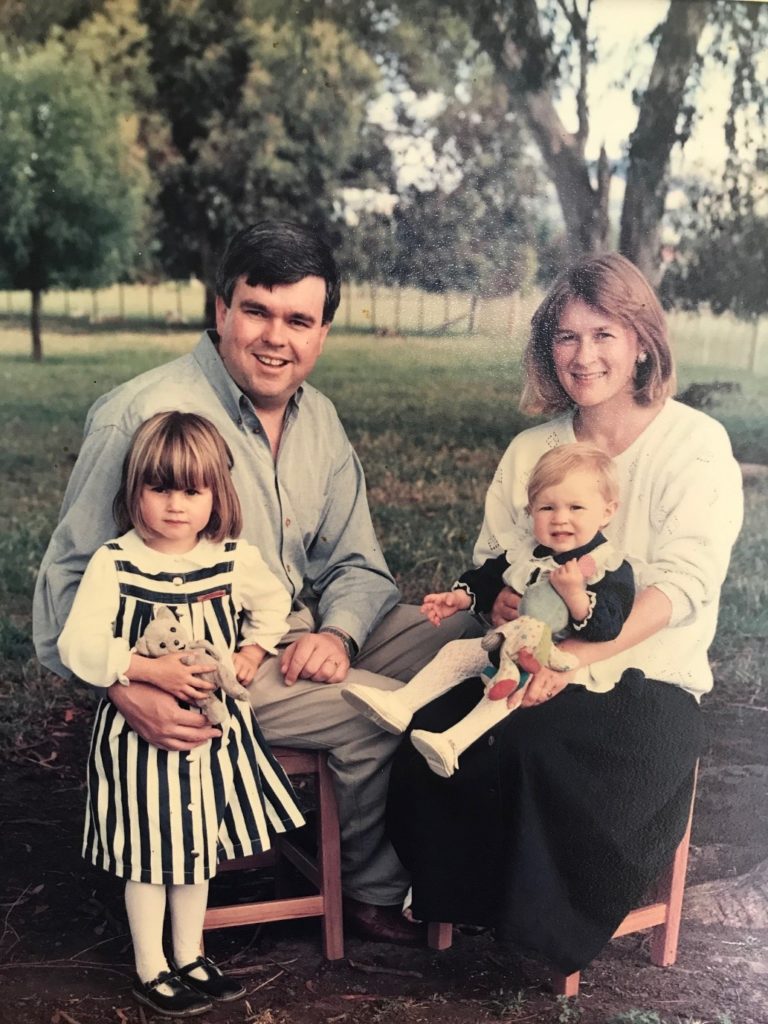 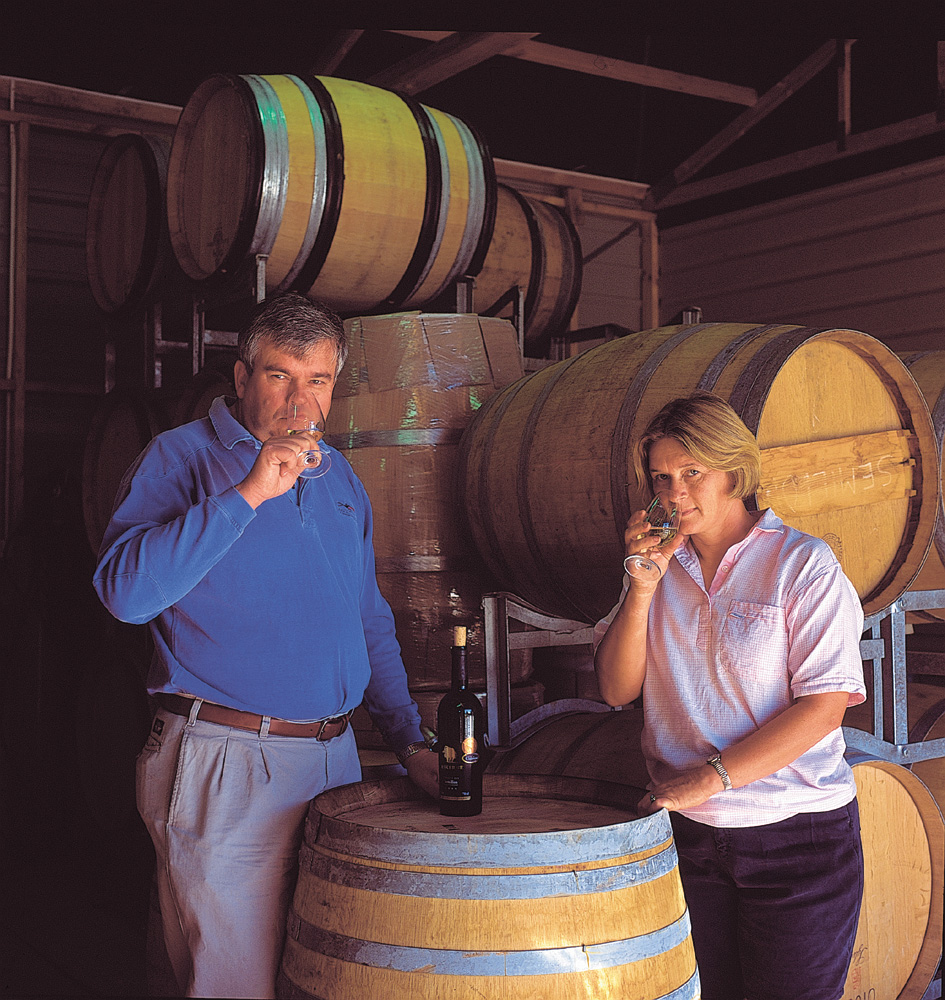 Sauvignon Blanc vines were planted in late 1993, Semillon and Riesling in 1994, Chardonnay in 1995 and Gewürztraminer in 1996. The first wines were made at the Waimarama Estate Winery (then owned by Dr John Loughlin, John’s father) in 1996. These wines were released under our initial white label with green trees. Planting continued year after year as funding allowed and the product range broadened.

In February 1997, the Askerne cellar door was opened to the public and it also sold Waimarama Estate’s red wines, including the then famous Waimarama Dessert Cabernet. The 1997 vintage produced very fine wines from Sauvignon Blanc, and Chardonnay which confirmed the potential of the site.

Askerne commenced exporting with wines from the 1997 vintage. It was a complete surprise to us when our Sauvignon Blanc won an award in The Netherlands as the best match with a cigar. It was not something we thought of in making the wine, nor have subsequently aspired to.

In 1998 Dr John Loughlin sold Waimarama Estate Winery and from the 1999 vintage Askerne’s wines were made on site. The cellar door building was expanded to accommodate winemaking activities. The first red wine grapes were planted. Also, in 1999 the first Botrytis Semillon wine was made, and the first componentry was created for the Noble Noir wine which was first released in 2013.

In early 2000 we changed to our current black label with gold embossed trees. The last of our 1999 vintage wines were released with this label.

In 2000 an adjoining apple orchard of over 8 hectares was acquired taking the Askerne site to over 20 hectares. The new and remaining areas were progressively planted in vines over the next six years. In 2000 the Riesling variety was discontinued from the product range.

In the significantly frost-affected 2001 the first red grapes were harvested, and a Cabernet Merlot Franc blend and Dessert Cabernet were made. Both these red wine styles were encouraging examples of the desired styles. A Chardonnay from the 2001 vintage won Askerne’s first gold medal.

A second severe frost in October 2002 greatly reduced harvest volumes in 2003. This prompted significant investment in windmills and other frost protection equipment.

In 2004 a new purpose-built winery was completed, only hours before it was used for vintage. In that vintage the first Reserve tier wines were produced. They were a Reserve Chardonnay and reserve Cabernet Sauvignon Merlot Cabernet Franc blend. The Cabernet Sauvignon dominant Reserve blend and a Merlot dominant blend both won gold medals from this vintage. 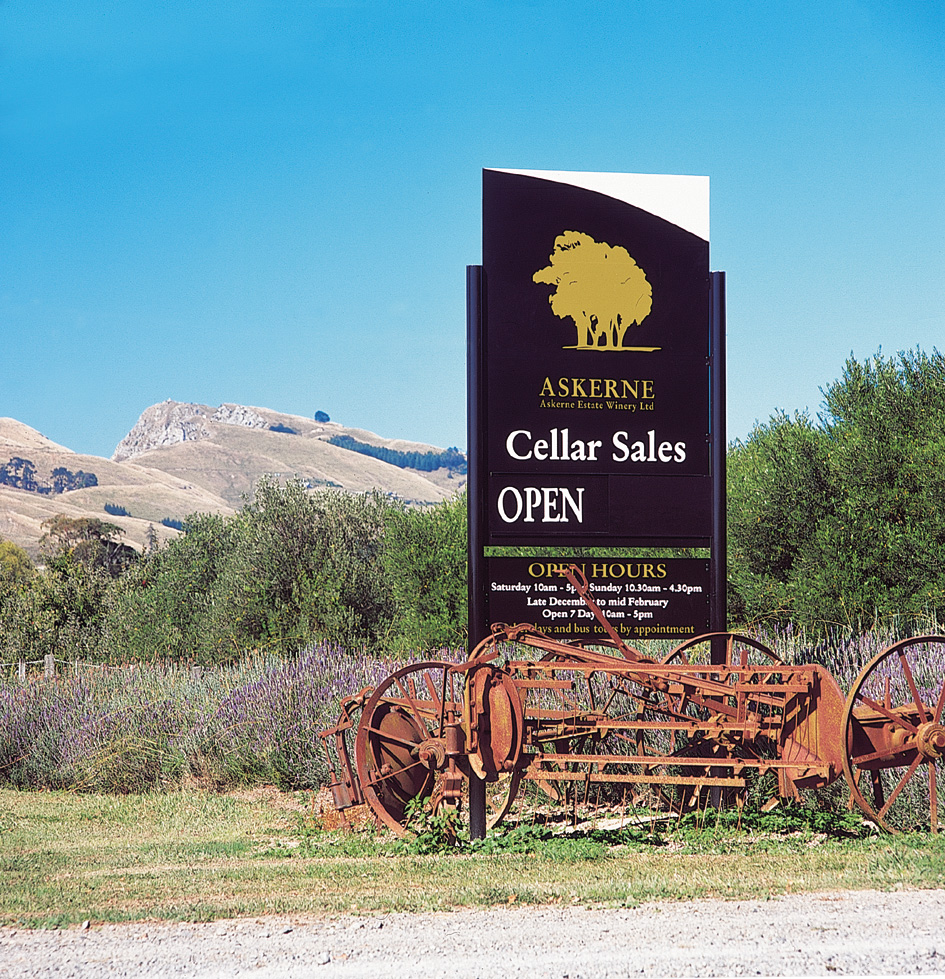 In 2003 John’s father had commenced the building of a cottage on the property as his personal residence. He died without ever living in it and in 2006 it was converted into a vineyard homestay. While offering a comfortable stay this venture never achieved the success that was hoped for. It later left us wondering what would have happened if the later Airbnb phenomenon had happened a few years earlier.

From 2006 to 2012 John and Kathryn (assisted at times by staff) presented Askerne’s wines at the Hawke’s Bay Farmers Market. Summer sales were good but standing around on freezing mornings in winter, with few prospective customers, did not justify the modest sales at that time of the year. 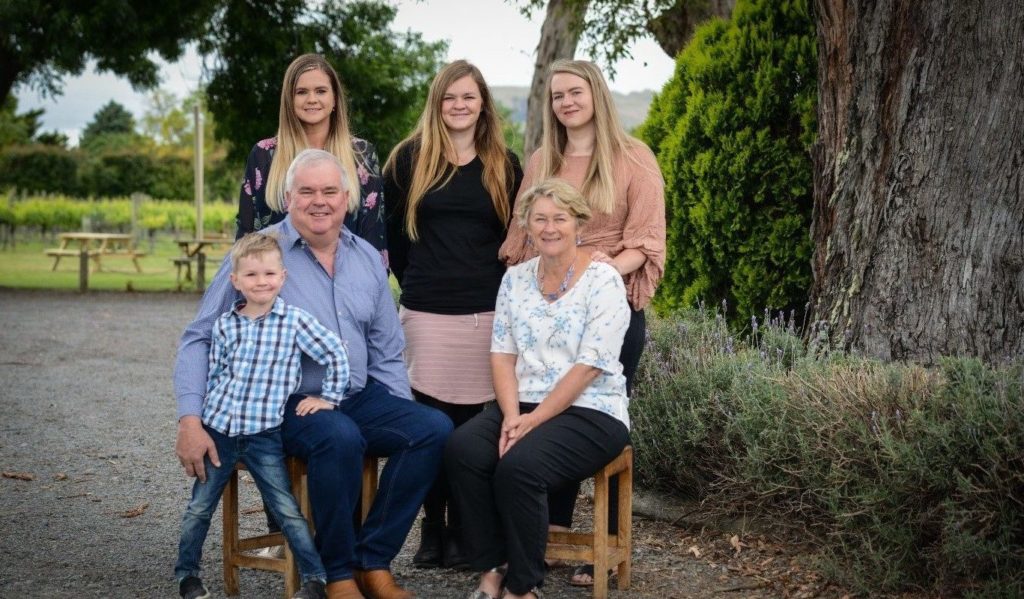 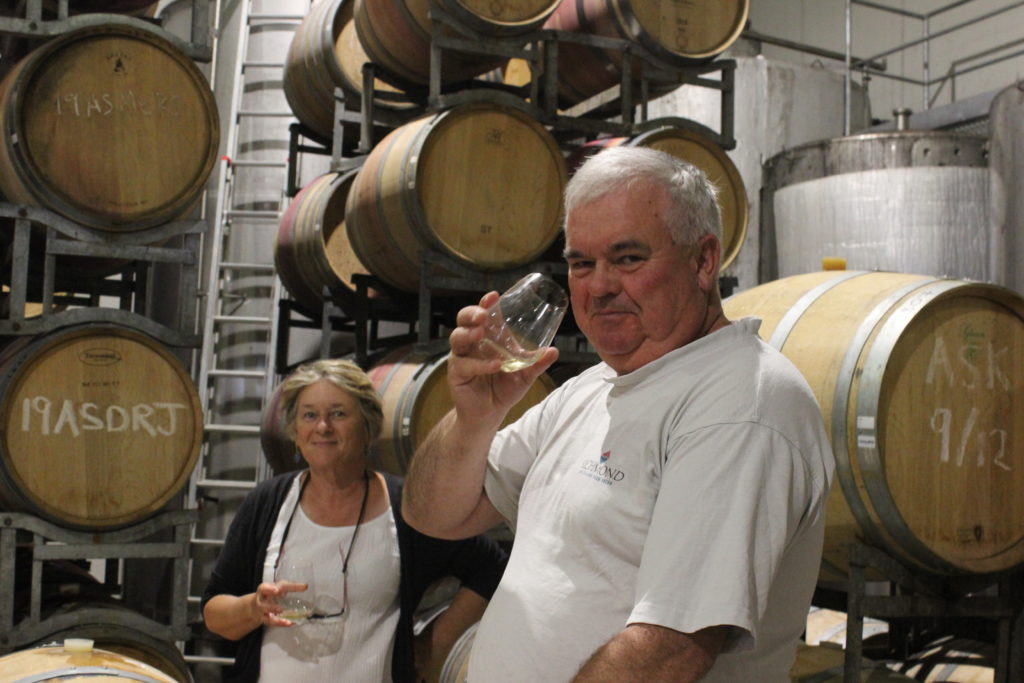 Also from 2006 to 2012 Askerne held family concerts in a gently sloping area of the vineyard. The Beat Girls were regular performers. Other acts that performed were The Waratahs, The Brown Brothers and several tribute artists. Unfortunately, the Hawke’s Bay entertainment landscape became more competitive and compliance requirements and costs escalated. Concert revenues ceased to provide appropriate returns for the risks involved.

Large vintages in 2008, 2009 and 2010 coincided with the global financial crisis and a downturn in business as customers changed and downsized and the market moved to cheaper price points. Export channels also dried up for Askerne. We launched our first white and gold label Rouge and Blanc blends as lower tier responses and sold them directly to consumers. This had never been part of the plans nor had discounts to clear inventory. But needs must at difficult times. Most of the fruit from the 2011 and 2012 vintages were sold as we sought to rebalance inventories with demand.

We commenced rebuilding the business from the great 2013 vintage when we made relatively modest volumes of some excellent wines. In 2014 Askerne appointed Co-Pilot Distributors as our New Zealand distributor (outside Hawke’s Bay). Also, in 2014 Askerne commenced an exporting relationship in China with Beijing Touch World International Trading Company.
In 2014 John and Kathryn decided to cease to offer vineyard accommodation in the cottage and instead to extend the building as a new family home. Plans were developed, consents obtained and building works were carried out in late 2015 and early 2016.

In early 2015 Rebecca, the second Loughlin daughter joined the Askerne team working in the cellar door. 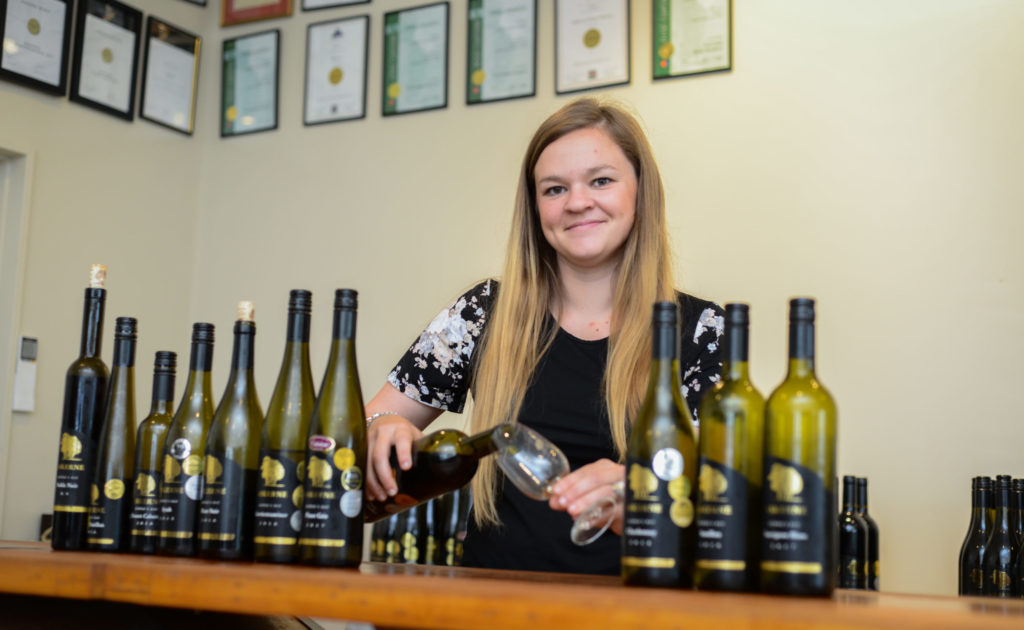 The 2017 vintage was not helpful to the newly developed plans. A hot dry summer was followed by two tropical cyclones and a storm over a fortnight. These rain events washed out almost all of the second half of the vintage, leaving only a couple of dessert wine options which, whilst always looking good in the winery, succeeded way beyond initial hopes. New vines were ordered for the first phase of the vineyard re-development.

The 2018 vintage proved to be a great one and saw the launch of two of the planned new wine styles being a Sauvignon Blanc / Sauvignon Gris / Semillon blend and the first of the Icon series of wines in “The Archer” Chardonnay. The name “The Archer” reflects Kathryn’s maiden name and the central bowman figure on the Loughlin family crest. The 2018 The Archer was released at the 2019 Hawke’s Bay Charity Wine Auction. 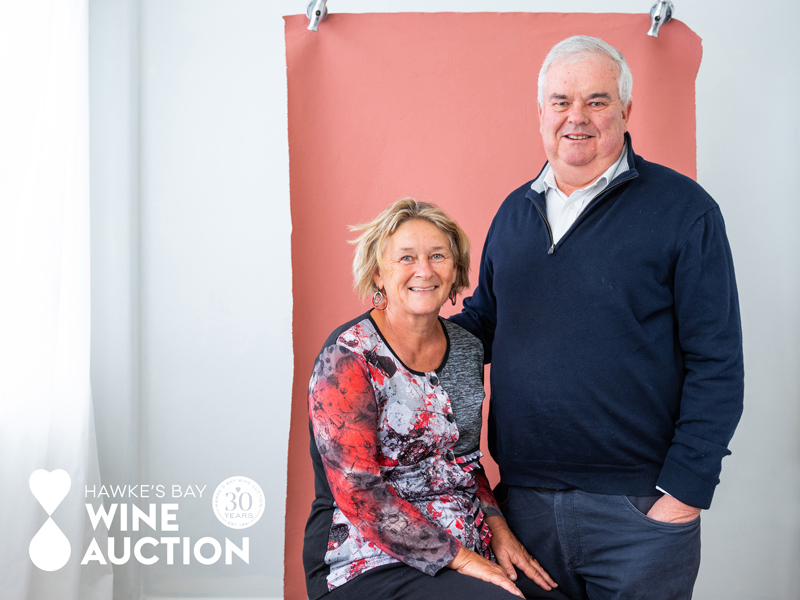 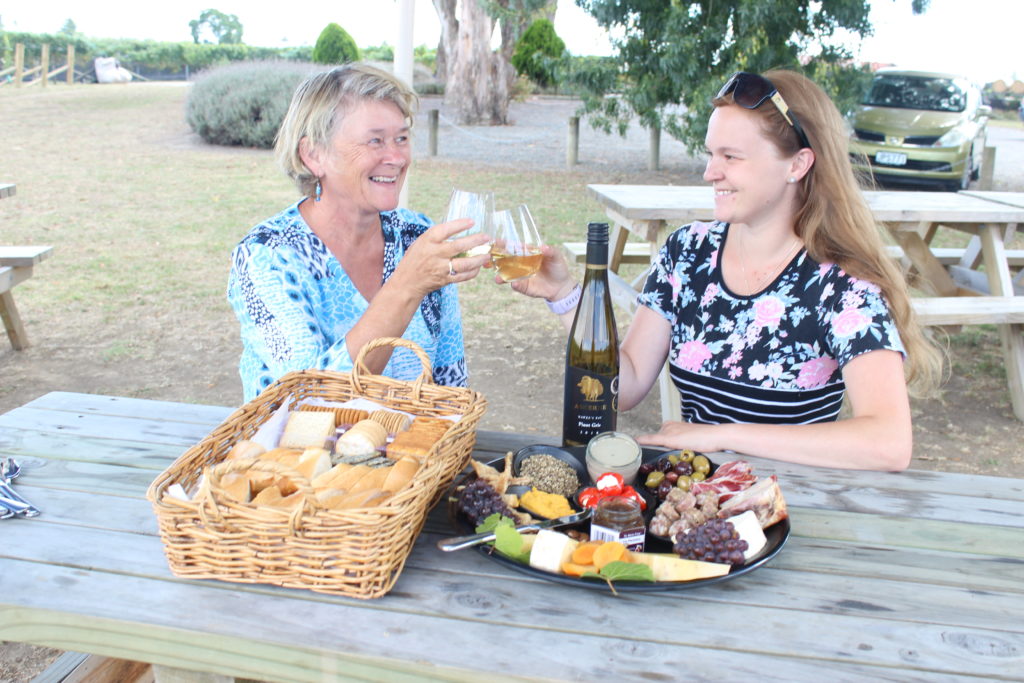 Also in late 2018, Askerne introduced the “gourmet picnic” concept involving self-selection from a range of deli items as a way our broadening our customer engagement at the cellar door.

The 2019 vintage was another excellent one which saw a second Icon wine produced in a Syrah called “Tere” which speaks of our site on Te Mata Mangateretere Road, adjoining the Tuki Tuki River. The Tuki Tuki is certainly fast flowing when in flood. The inaugral “Tere” will be released at the 2020 Hawke’s Bay Charity Wine Auction. A second “The Archer” was produced in 2019.

The 2020 vintage was spectacular in terms of climate and quality. It was also unusual in terms of vintage operations which coincided with the covid-19 global pandemic. Askerne was able to operate as an essential business, but faced new challenges in terms of distancing, managing “bubbles” and sanitisation. It was nothing like anything faced in the 24 previous vintages.

From the 2020 vintage we added a new product to our range, being the first Sérieux rosé which was made from a blend of Carménère and Mourvèdre. 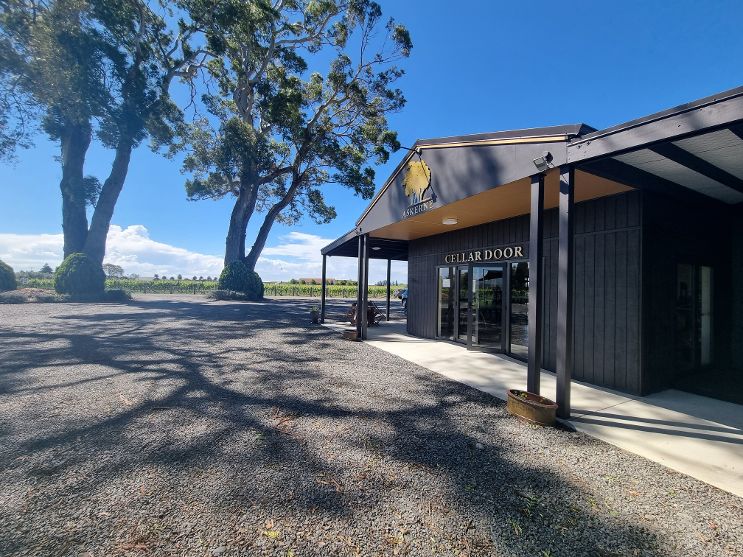 After the covid-19 lockdown, and in the face of significant uncertainties, we made the decision to push ahead with extensions to our cellar door. The original cellar door had been a room in the corner of a shed and was largely unchanged over 23 years. The expansion essentially doubled the interior floor area and added verandas on the Northern and Western frontages. This provided superior amenity to customers, an ability to grow the gourmet picnic offer and an ability to work within the various restrictions associated with covid-19 operating protocols. 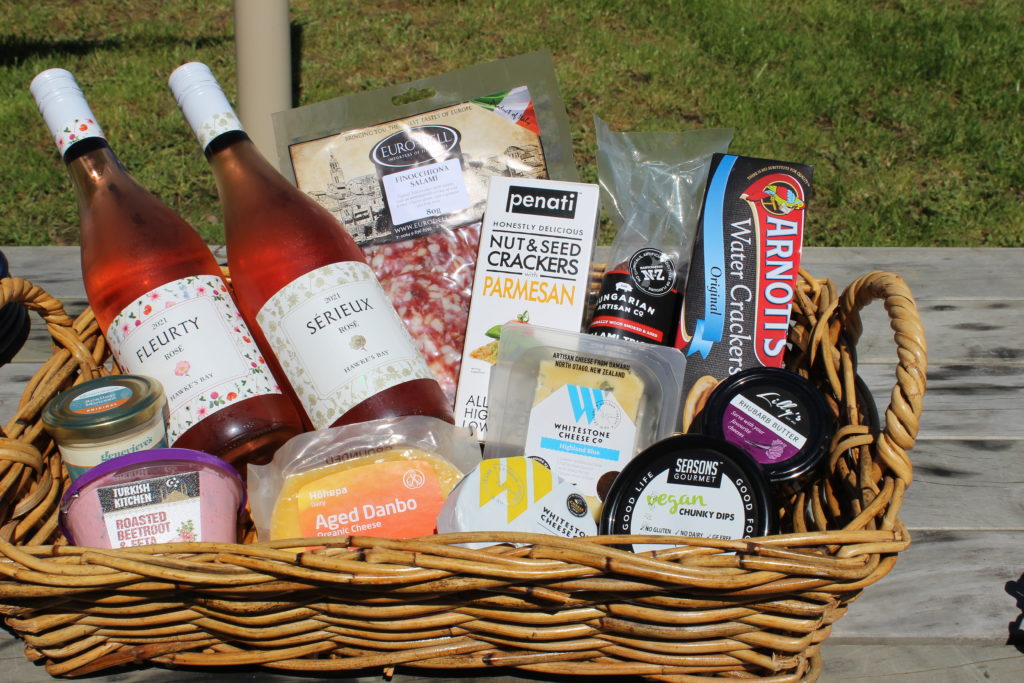 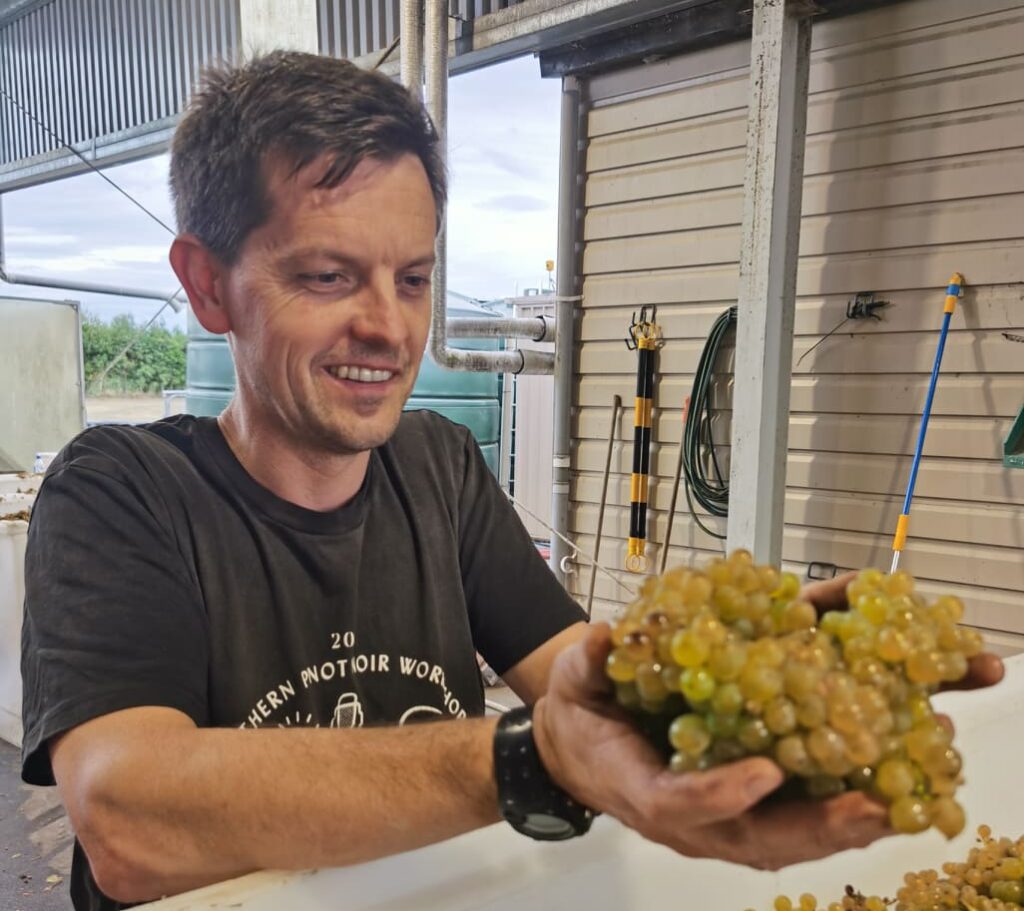 In January 2021 Cairn Coghill joined the Askerne team as winemaker. The 2021 vintage saw great weather for the fourth consecutive vintage. The first Fleurty rosé and Barbera wines were made. This year also saw great show results with Pinot Gris, Chardonnays, Viognier, Syrah and Sérieux Rosé, from the 2019 to 2021 vintages taking out seven Gold medals and three trophies.

Also the 2019 Cabernet Franc and 2019 Reserve Merlot Cabernet Sauvignon Cabernet Franc finished first and second respectively in the Cuisine magazine tasting of Bordeaux reds. To cap the year off the Askerne cellar door won the award for cellar door of the year. 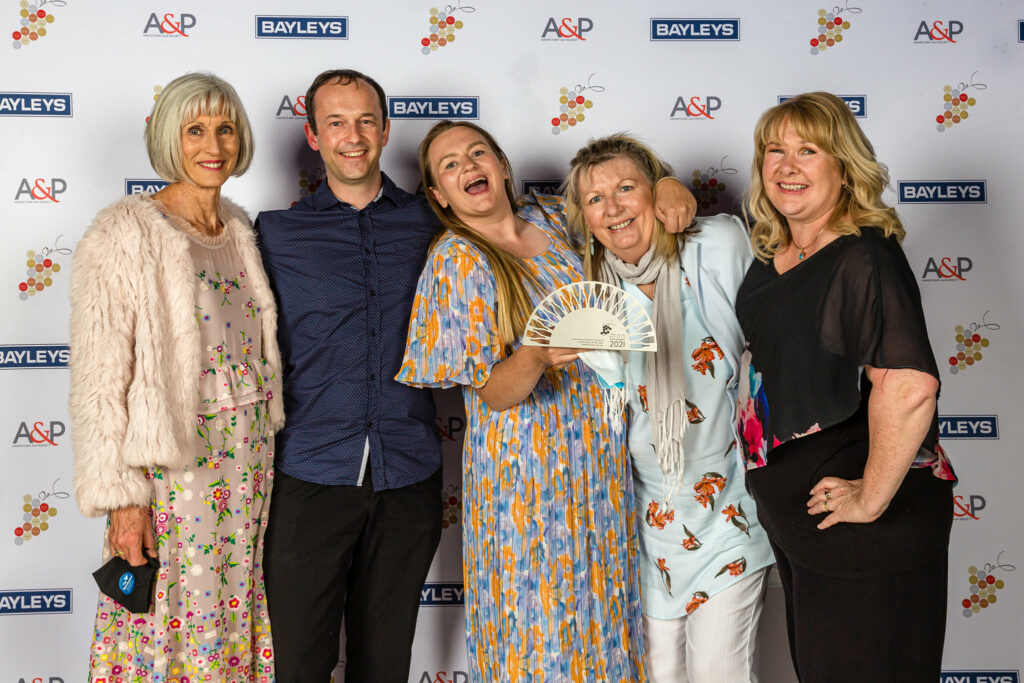